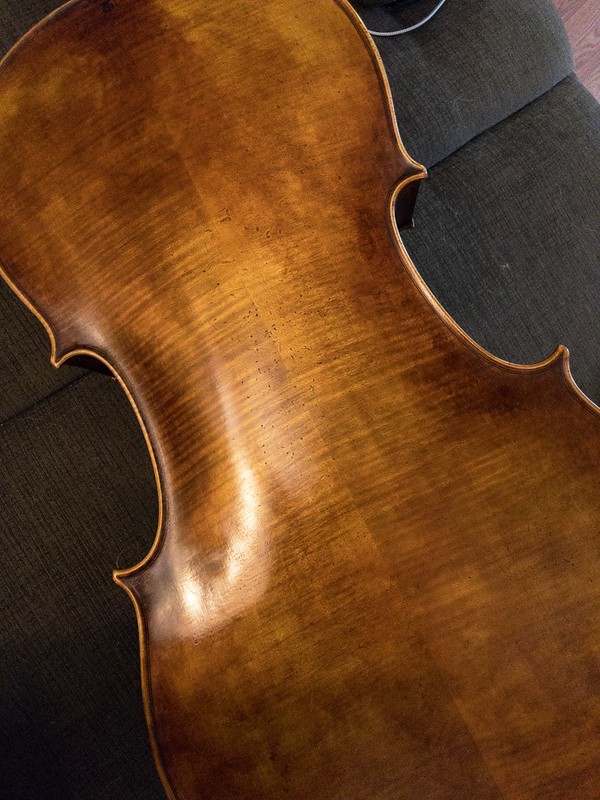 I thought I would relay my cello buying experience with everyone.  When I played back in the late 70’s / early 80’s, I played my brother’s cello so I played what was available to me.  And it was a nice cello.  Boy was it a nice cello!

My plan was to buy an “advanced student” model.  These are such a big jump up in sound quality, and playability compared to a rental instrument.  With my wife’s encouragement, I tried a few “better-than-advanced-student” models.  This level of instrument is another jump up in sound quality (albeit a smaller jump).  The main difference, IMO, is that the student models had good sound quality in low registers or the high registers, but not both.   Once I started playing the higher quality cellos, I felt that I was getting into the “complete” cello.  I also tried two different cellos of the same model and there were noticeable differences between models.

The final decision was betwee a Dario Giovanni and the Leonhardt.  The Giovanni had a brilliant sound at the high register and good sound in the lower.  The Leonhardt was the opposite.  Don’t get me wrong, both had wonderful sound high and low, one just had a better upper and the other had a better lower.  I chose the Leonhardt because of the Low.  It was wonderful.  I didn’t just hear it but I felt it.  The Leonhardt had final adjustments including replacing a warped bridge, prior to final purchase.  The best part is that David at Brobst, installed the bridge and adjusted it (lowered the bridge a tad) so it now has a wonderful high register as well as maintaining the wonderful low! And yes, I named my cello after the great Mstislav Rostropovich (Slava was his nickname).

The bow…wow the bow!  Testing different bows with different cellos was difficult.  You know…the testing two different variable issue. I tried both carbon and wood bows and I just preferred the sound of the wood.  I was able to narrow it down to 2, and when I decided on the Leonhardt, it made bow selection easier, kind of.  Because I decided to try three “nicer” bows.   As with the cellos, there is a huge difference in playability as well as sound of a bow.  Some produced better low sounds, some better high, some bows produced softer sounds, etc. I noticed that sound and playability increases with price, generally.  When I got into the nicer bows, they all had wonderful sound, but the Manuel Francisco bow’s combination of balance and weight won me over.   Great sound and it was so easy to play.  I found myself only needing to use my thumb, middle and ring fingers to hold the bow much of the time. 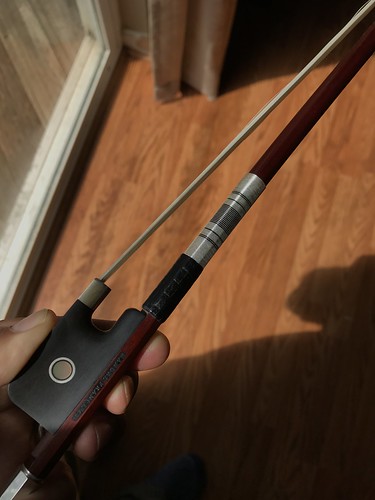 So now I have a wonderful cello and bow.  Bad part – I can’t blame the cello J when I am not playing well. 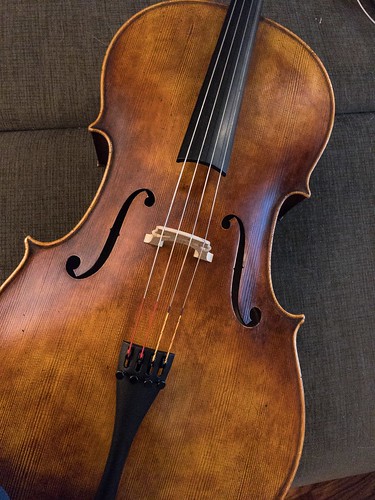 View all posts by MikeK